We are shaping the future of cannabis, and we know we have a responsibility to take the industry’s history into account. As such, we launched our Community Impact Program to support organizations doing important work, and amplify efforts around social impact within the industry and the community at large. Through this program, LeafLink is partnering with two grassroots organizations that are actively combating the ramifications of mass incarceration through re-entry and resilience efforts for returned citizens. 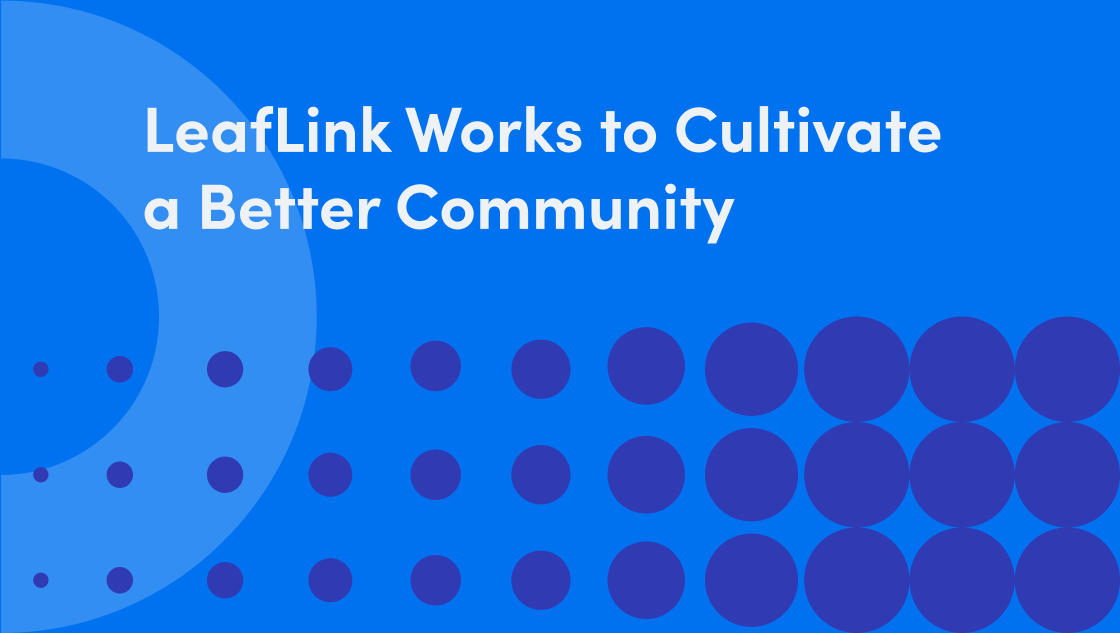 The corporate landscape of giving and community impact has dramatically changed in recent times. As a cannabis company, we have a moral obligation to address the inequities within our industry - both legacy and regulated.

As more players enter the regulated industry, one that we have a large footprint in, we must remember the ongoing effects of the War on Drugs. This government-led initiative disproportionately harmed Black and Brown communities and the effects are staggering and ongoing.

Alarming statistics remain, whether it is that a Black person is 3.73 times more likely to be arrested for marijuana possession than a white person is, despite approximately equal rates of use or that the federal prison population has increased by almost 790 percent since 1980.

How LeafLink Breaks Through the Noise

As we built the community impact program, we aimed to identify the intersection of pressing community needs and the core of our business. We looked at what gaps we could fill and where we could have the greatest impact.

Through our research, we know how important it is to support individuals and families post incarceration to rebuild. As such, our community impact program focuses specifically on addressing resilience and re-entry for returned citizens, which fills a need for intervention during and post incarceration and ultimately combats high recidivism rates.

Research shows that the major hurdles to re-entry include:

Our community impact partners are doing the important work to uplift returned citizens in re-entry efforts and reflect our values here at LeafLink. While we are precise in our vision, we created this program with equity and trust-based giving principles in mind. As such, we have contributed grants of $25k to each of our pilot partners — Defy Ventures and The Last Mile. Other elements of the partnership include consistent programming, such as collaborating on volunteer opportunities, sponsorships, and job/apprenticeship placements.

Defy Ventures works tirelessly to equip one of America's forgotten communities with the tools needed to defy the odds. Defy Ventures is on a mission to shift mindsets to give people with criminal histories their best shot at a second chance. Defy provides those incarcerated with programs that focus on career readiness, personal development, and entrepreneurship training so they can put their best foot forward.

Through in-prison and post-release programming, Defy challenges currently and formerly incarcerated individuals to channel their interests and talents into legal business ventures and careers. They support Entrepreneurs in Training (EITs) from incarceration through reentry by leveraging entrepreneurship as a tool to increase economic opportunity and transform lives.

Defy's strong inside-outside model is a tangible way Defy works to combat recidivism, as it provides stability and support throughout the reentry process. The 1-year recidivism rate among Defy graduates is less than 10% and 3-year rate is less than 15%, whereas the national average among those with drug offenses is 68% within 3 years of release from prison.

The Last Mile is a 501(c)3 organization who provides in-prison education for successful reentry. Its mission is to provide opportunities for personal and professional growth for justice-impacted individuals through education and technology training.

The four key focus areas for The Last Mile include education, transitional support and workforce re-entry. The in-classroom curricula prepare students for meaningful employment in modern job roles including web development, software engineering and audio and video production. The course material dives into a core curriculum that covers HTML/CSS, Javascript, and WordPress — to name a few. These programs are the first of their kind operating inside a US prison.

As one of the few organizations that provide in-prison technology training, The Last Mile prides itself on having almost 400 returned citizens who have successfully rejoined society. These returned citizens continue their education and build upon their skills through paid apprenticeships while also shifting perceptions around formerly incarcerated individuals.

At LeafLink, we must continue to acknowledge our presence in forging this industry, while never forgetting those who came before us in the legacy market. We hope to continue fostering conversations of equity and inclusion and making a meaningful impact as the regulated industry expands. 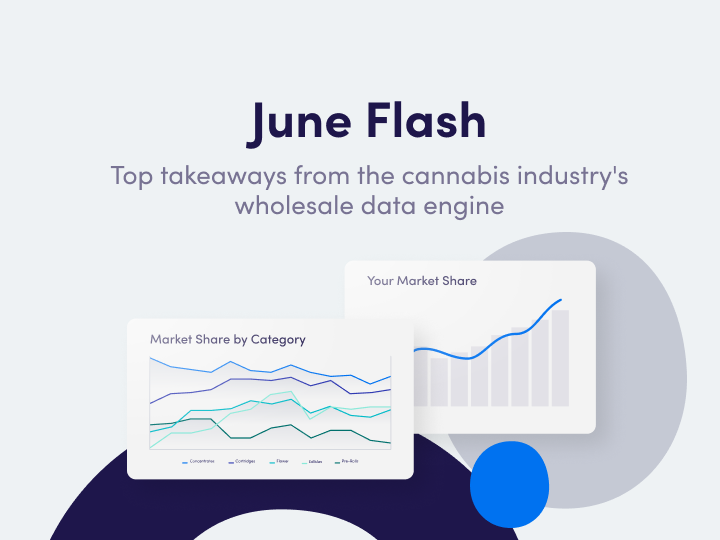 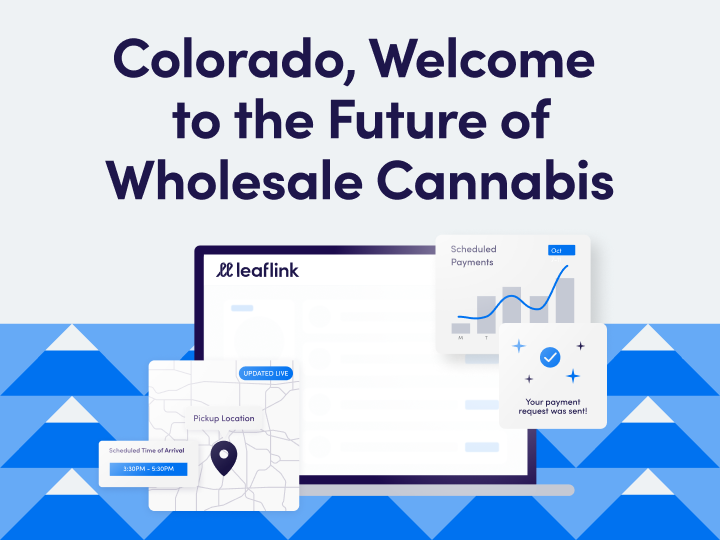 Colorado, Welcome to the Future of Wholesale Cannabis

We first launched our marketplace in Colorado in 2016, and we’re delighted to announce powerful new payments and logistics solutions are now available in the state. 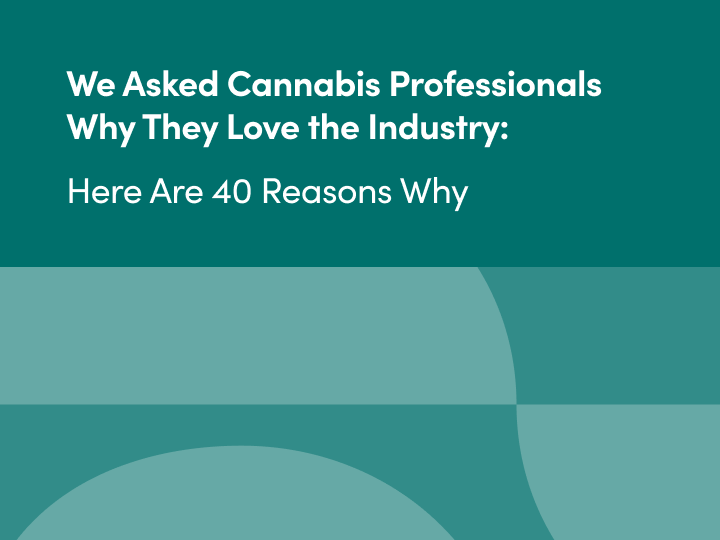 We Asked Cannabis Professionals Why They Love the Industry: Here Are 40 Reasons Why

Why cannabis professionals love what they do, and a few facts you may not know about the plant, the industry, and the history of both